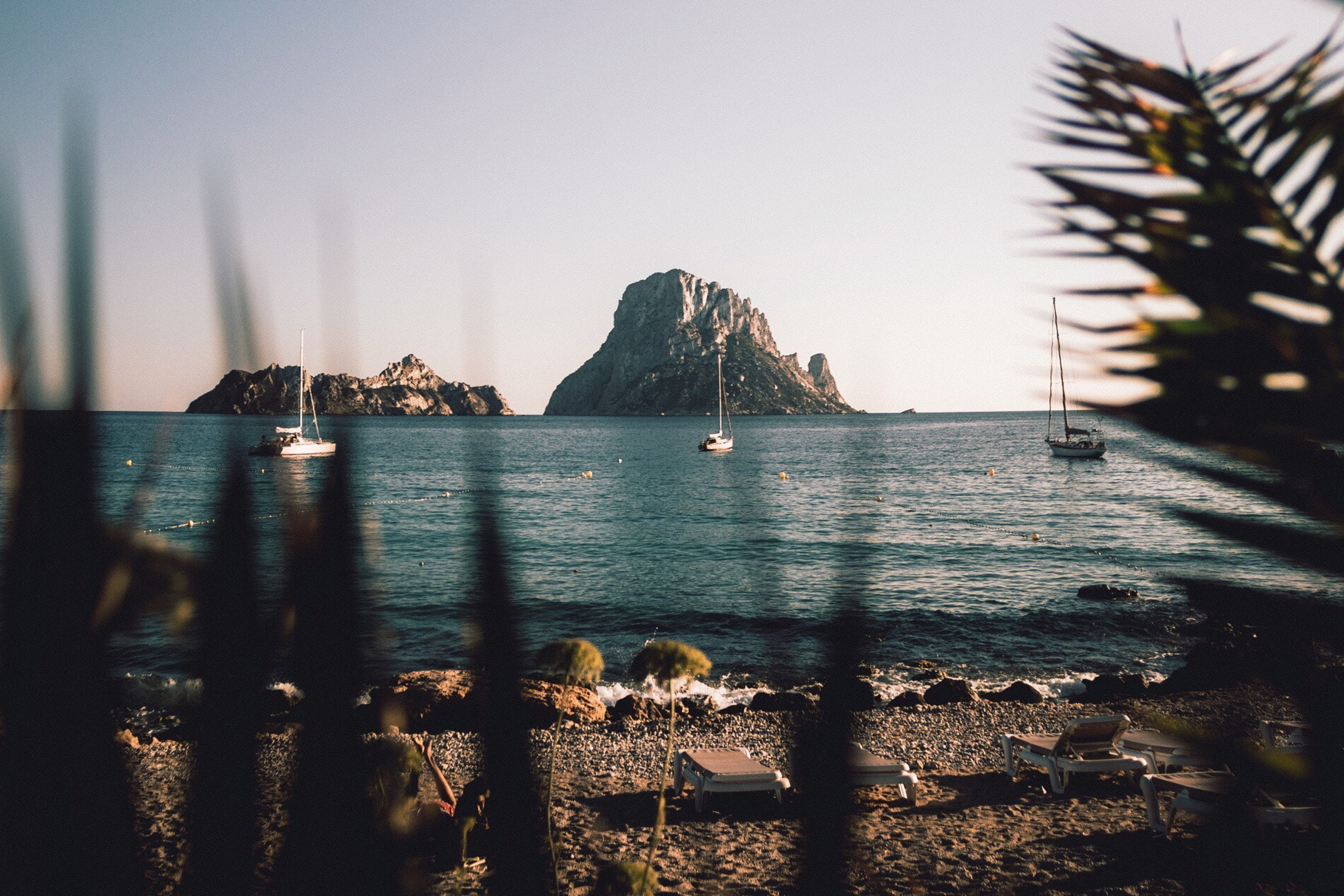 Sometimes magic can be found in everyday life without looking for it, while other times it’s necessary to seek it out. There’s not too much work to do, however, when looking for various places to keep anyone spellbound on the magical island of Ibiza. These magical spots will leave visitors wanting to return, and after seeing the pictures you will undoubtedly take, make any of your social media followers wishing they were traveling in Ibiza like you.

Let’s start with probably the most famous one, the magnificent islet of Es Vedra, which is said to be the third most magnetic spot on earth. This mysterious rock gives birth to several legends, for the Carthaginians it was the birthplace of the goddess Tanit, than was said that Es Vedra is where the Greek hero, Ulysses, is lured from the deck of his ship and enchanted by the seductive song of the sea sirens. The most recent one regards priest, Father Don Francisco Palau. As a Carmelite monk, Francisco Palau, was confined on Ibiza during the 1850s. He took refuge in a cave on Es Vedra in order to meditate. According to his books, he had very powerful mystical visions here.

Magic and enchantment surround Atlantis which sits on the western coast of Ibiza. This set of rock formations show the traces of hewn-out stones used for the citadel wall of Ibiza Town and give the place an ethereal edge. Indeed, it’s a spiritual cove of wonder for many curious travellers. With a bit of searching near Cala d’Hort, you’ll uncover this hidden treasure of a location and your jaw will drop.

Ibiza’s Stonehenge and the secret doors of Cala Llentia

The monument Time & Space, locally known as Ibiza Henge, is an art piece of famous Australian artist Andrew Rogers. The 13 stones are placed above the cliffs with a direct view to Es Vedra. The tallest of the columns was built in the centre of the circle and is topped with 23-carat gold, if you adventure further down the area you will find two spectacular looking old doors surrounded by nothing more than nature. It’s a great spot for epic insta foto!

The abandoned space of the derelict Festival Club in the hills near San Agustín is a hotspot for urban explorers. Over time graffiti writers and nature have done their work to the crumbling amphitheater. Looking like a scene from a dystopian movie, the grounds are perfect for exploring Instagrammers. From the sprawling wall art to the spectacular views of the mountains, there’s plenty to frame and photograph.

The Faro of Muscatel is located in the highest point in the north of the island, near Portinax. Surrounded by lush green pine trees, you can reach the lighthouse through a beautiful costal path. It was built at the beginning of the 70s, and its 52-metre height makes it one of Spain’s tallest.