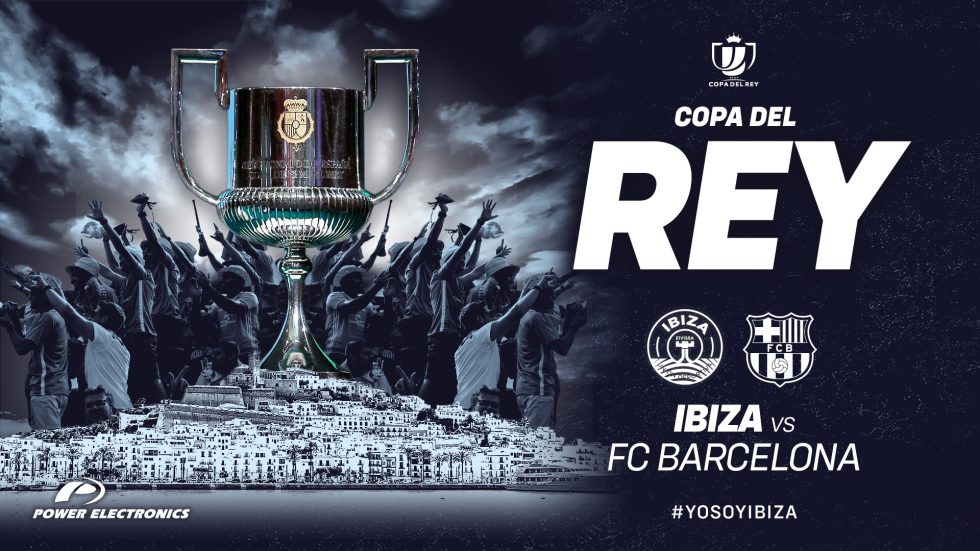 There is a buzzing atmosphere all around the island, the quieter winter months are suddenly becoming more exciting while the residents are preparing themselves for the most important event of the winter season: the final round of the “Copa del Rey” tournament, in which Ibiza’s local football club, UD Ibiza, will play the most important game of the decade, facing off one of the most iconic Spanish football clubs: the FC Barcelona. The match will take place on Wednesday 22nd of January, in the island local stadium, the Can Misses Stadium.

UD Ibiza was founded in the summer of 2015 by a group of businessmen led by the Valencian entrepeneur Amadeo Salvo. They paid the debts of the old club, the extinct Sports Union Ibiza-Eivissa and create the current football team, aiming to transforming it into one of “Big Clubs” of Spanish football.

The Ibiza team, led from the bench by Pablo Alfaro, former player of Barcelona, Sevilla and Racing de Santander, among others, currently occupies the third position in Group 1 of Second B (Second Division) with 37 points. Of 19 games played, Ibiza have won 11, lost 4 and tied another 4.

Wednesday’s match represents a unique opportunity for UD Ibiza to make a mark in the landscape of Spanish football, and to bring Ibiza onto the map of national and perhaps even international sports news. Football lovers will soon  flock to the island,  if you are one of them and are looking for a beautiful villa in Ibiza to enjoy your stay for the big event, check out our villas portfolio.