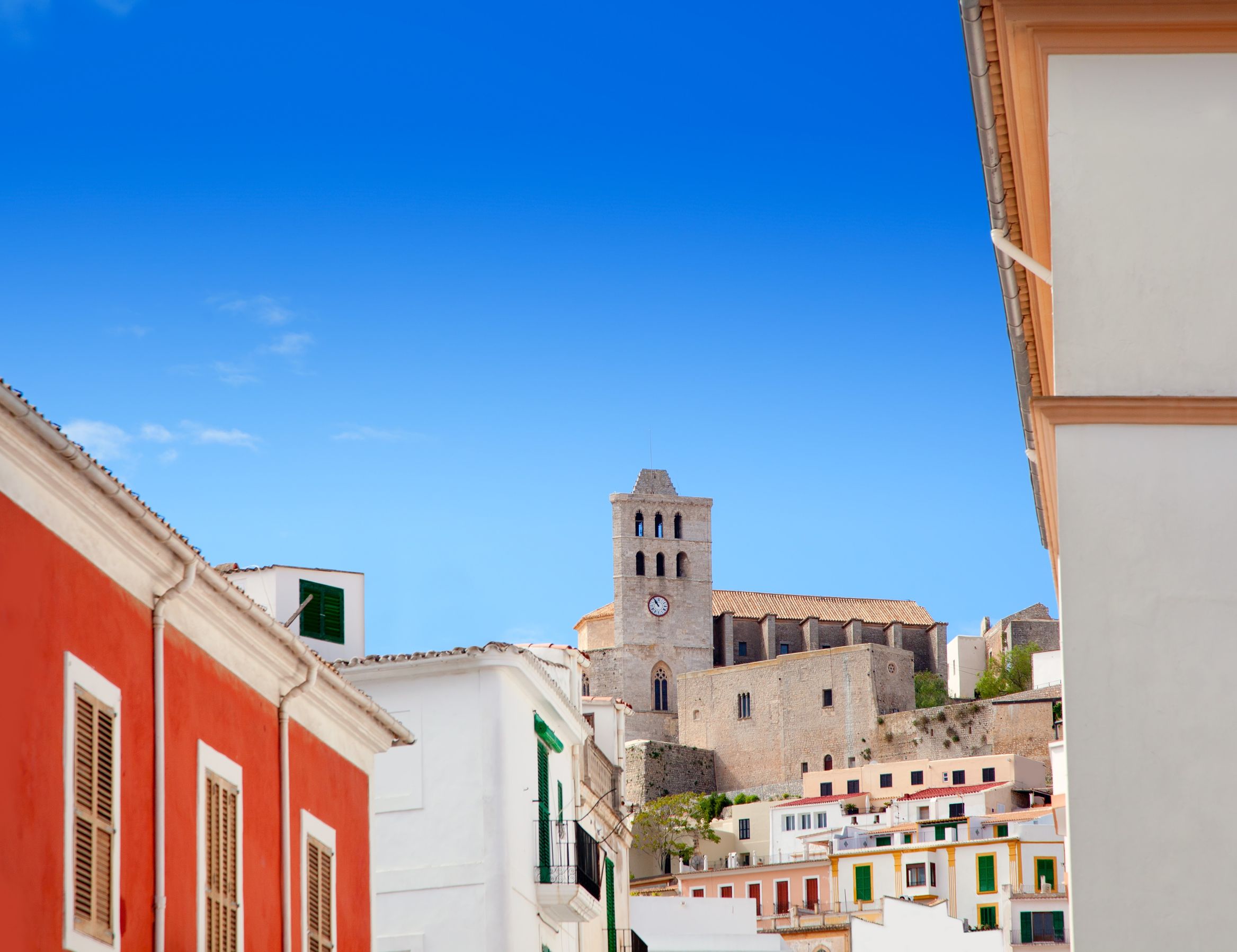 The first thing that catches your attention when you are in Ibiza is the whitewashed churches and small rustic houses, but taking a walk through Ibiza town and you will discover some buildings, fusing different cultures and styles.

Today we look at some iconic Ibiza architectural landmarks.

Located in Ibiza old town, in the neighbourhood of Sa Penya, Casa Broner is a key piece of Ibiza’s modern architecture. This was the home and studio of a German architect, Erwin Broner, who designed numerous houses around the island leaving a lasting mark on the Ibizan landscape. His widow, Gisela Broner, donated the house to the town in 2005 and since the it has been opened to the public as a museum, showcasing some of the works of the architect.

Ibiza Contemporary Art Museum (MACE) was opened in 1969 and has become one of the oldest contemporary art museums in Spain. The building features two parts, the old building designed by Simon Poulet, making use of Ibiza Old Town architecture, and the new building designed by Victor Beltran Roca, which optimises the space available without adding to the already busy urban landscape around. The museum has been beautifully restored with glass floors laid over an archaeological site making for an enjoyable stroll around some fantastic curations.

Located on top of the hill in Ibiza Old Town, the cathedral offers breathtaking views over the port. The church was established in 1234 by the Christian conquerors. Over the year, the building has been restructured with its most extensive work completed in 1782, when the church embodied the functions of a cathedral.

Built in 1898, the was the first theatre of Ibiza. Its neo-classical structure and pink-and-white façade evoke another era. Over the years, it became a cinema and maintained this activity until 1987. A year later, a Dutch couple, the musician Eric-Jan Harmsen and his wife Kees, reopened the Teatro Pereyra as a venue for jazz concerts. The venue has now been sold to the Matutes family who is planning to undertake some major makeover for the next summer.

Hotel Montesol is a true symbol of the past with its colonial style. Built in 1932 by the Ibizan architect Juan Gómez Ripoll who emigrated to Cuba and once returned to his homeland he brought the lively Caribbean style with him. The hotel is now listed as a building of cultural interest in Spain and has become an icon of style.